Sign Up for 15% Off
Home > Blog > International Elf Service > Ways To Handle The Is Father Christmas Real? Question 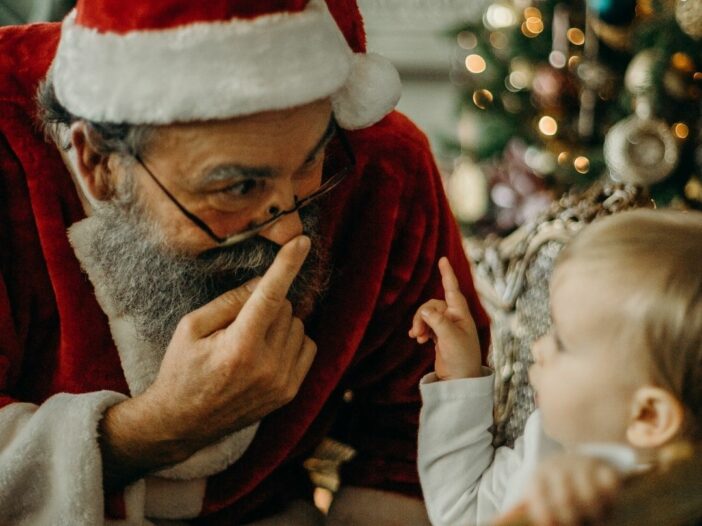 We will all be asked at least once … Is Father Christmas Real?

One of my best friends, (who I admire greatly) said to me a couple of weeks ago…

‘If my kids ask , I say ‘of course Santa is real.  Even my 16 and 14 year olds still write Santa letters.
‘I absolutely refuse to have any discussion around a Santa that does not exist!’

I love this … very matter of fact and simply refusing to get involved.

‘Mum, is Father Christmas real?’ is the LAST question you want to hear from your doe eyed kids just two weeks before Christmas, but this is exactly what happened to me last year.  Their friends at school had been talking.  I’ve always said I can’t directly lie if directly asked, but I hadn’t quite worked out what I would say. I immediately started busying myself in the back of the fridge while saying in a rather too trill voice,

‘you believe what you want to believe my darlings.  For what it’s worth, when I was a girl
I was certain Father Christmas was real, so I don’t see what it should be any different now’.

As if that was going to to help?!

Where do you stand on this? I know some parents who are asked if Father Christmas is real, are very happy to blatantly lie, whereas others will beat around the bush and not actually answer their questions at all.

If you feel there’s no going back and you’d like to approach it head on, have a look at this beautiful personalised letter … Who Father Christmas (or Santa) Really Is 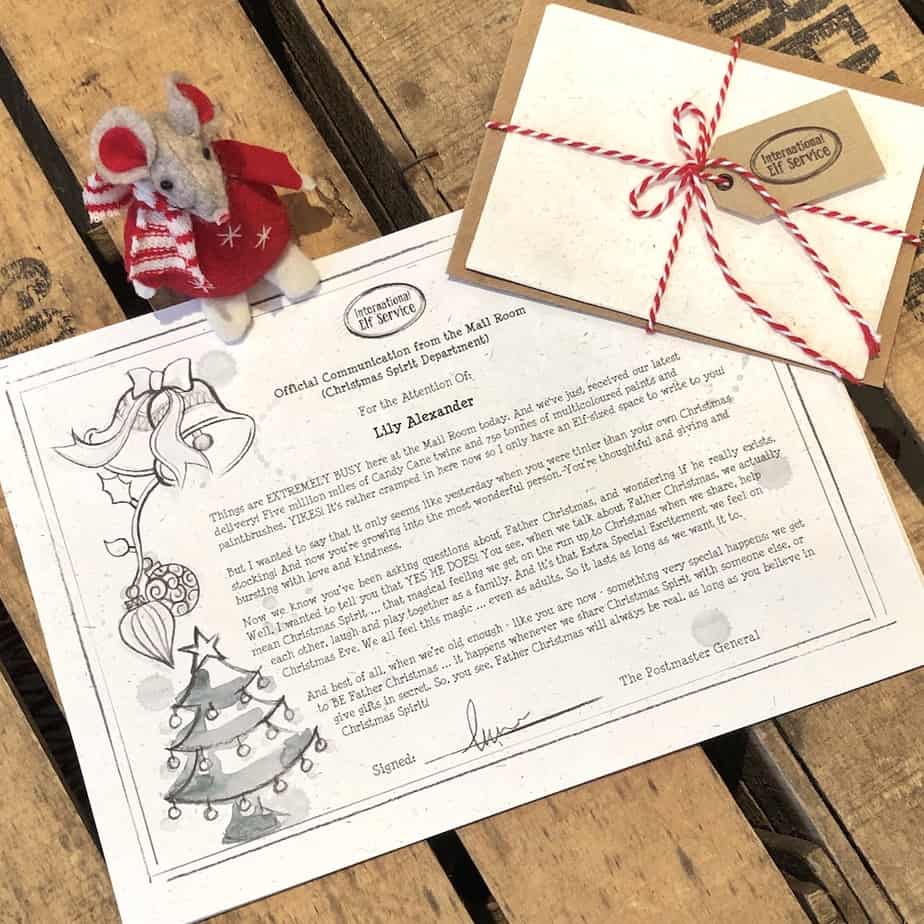 Feeling that I’d handled my own event totally inadequately, I asked the folk over in the Facebook group Christmas Traditions & Magic For Children for their thoughts too.  They had some really lovely tales pass on, so I thought I’d share them with you.  I think it depends how old the child is as to how you answer to some extent. Whether you want to keep things going for a few years yet, or tell them the truth in the sweetest way, as this mother did in this post – here are some other really lovely ideas…

One person was told by their Granny…

‘My dear, you must always believe in a little bit of magic’.

How wonderful is this? I love the mix of the natural authority of the older generation, whilst understanding the inherent need for make-believe and ‘magical’ in the younger generation.  I also happen to think this is true.

Someone else was told this by her Mum…

‘Father Christmas was real, his name was St Nicholas and he was a carpenter in a village that wasn’t the richest of villages…One year near the festive season, he decided he was going to make wooden toys to leave on the door steps of houses he knew children lived in and wouldn’t get much else for Christmas.  He continued to do this for many years and other villages heard about it and did the same thing for each other.  As this was hundreds and hundreds of years ago, St Nicholas does live in heaven now, BUT others followed in his foot steps and continued to spread Christmas magic.  We do still have amazing people who make toys for children, we do still have Santa workers to bring joy and smiles on people faces, we still do have kind people who feed people who may not have had food for Christmas and we do still celebrate the love for each other and share gifts. ‘Santa is very much real, he just doesn’t deliver toys to every house and his reindeers don’t fly, they are just to make the story of St Nicholas a little more amazing to younger children. 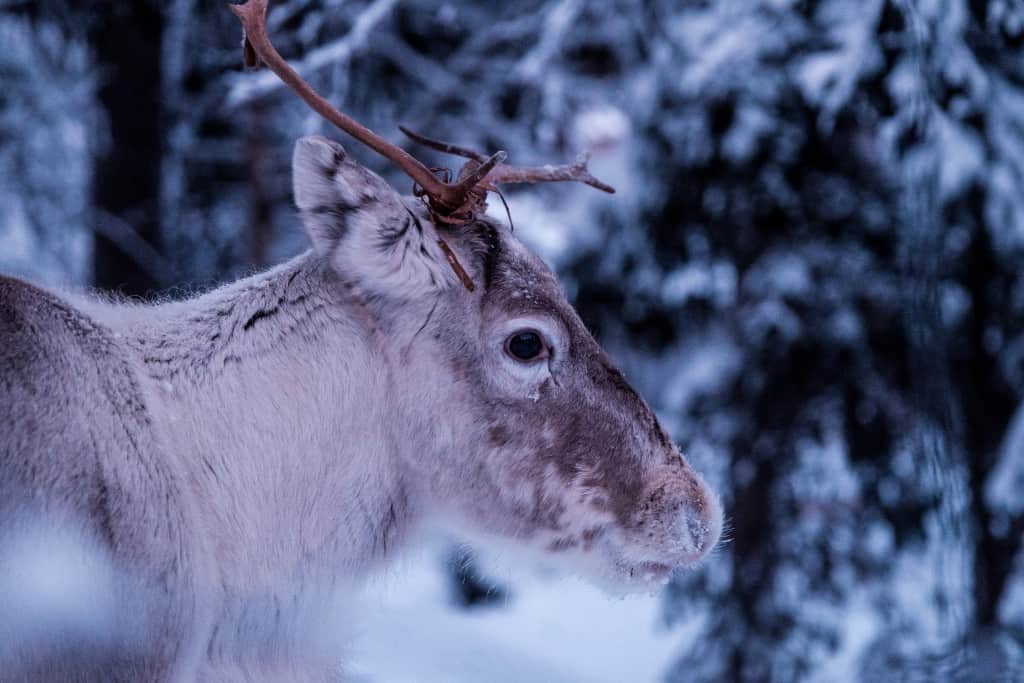 This brilliant letter that’s been flying around the internet.  We aren’t sure of the source, so if you happen to know who wrote it, please tell me so I can credit them 🙂

You’ve been asking some rather amazing questions as you’ve begun the long journey through childhood. We’ve covered topics from best friends to babies being born and we’ve always been truthful.But, I’m afraid that there’s one question you’ve been asking that hasn’t yet been explained. It’s been a difficult subject to cover but we feel this is the best way to explain it.It’s the subject of Santa.You’ve asked whether or not we, your parents, are Santa.

The short answer is no! We are not Santa, but then no-one really is. Santa is actually the real spirit of Christmas. We, your parents fill the stockings, choose the gifts and even wrap them up. But we do it on behalf of Santa.Let me explain. Santa is about believing in something that you can’t feel or see. I know you’re ready to learn about Santa because you have so much love in your heart, and even though you can’t touch it or see it, it’s there! Santa keeps the spirit of Christmas alive for children everywhere and now you can too.

You’ve known for a while that the task of reaching homes everywhere in one night was impossible and you’re right to be questioning it. The truth is, grown-ups help Santa, or the true spirit of Christmas along, by doing that job and we do it so we, too, can fill more hearts with the same love, joy and magic that you have felt every Christmas since you were born.

You’ll do it one day, too, and the magic of Christmas will be with your kids.

Well, now you know the truth. Santa is everywhere and lives in everyone through hope, happiness, joy and love.

Santa relies on your help too. Now that you’ve been told about the true spirit of Christmas, Santa will need you to let others keep believing, so the love, joy, hope and happiness can keep spreading.

May Santa always live in your heart.

I also spotted this over on Netmums by ‘Sarah C’…

My son asked me about Father Christmas and he pointed out, (not unreasonably) that FC could not be at Debenhams, and in the town centre, and at school, all at the same time. I replied that he was right, those were not real FC’s. and was he ready for the truth? He said he was. He said he was a big boy (he was 6) and he could handle anything.

I told him the truth.I asked him if he knew what teacher training days were. He said yes. I said well, it’s a bit like that. All the FC’s that you see around you have been on the FC training course. When they qualify, they are given a certificate, a sack, the outfit, and cake. (no, I don’t know why cake!).  The Certificate goes up in their bedroom, but they have to show it to an employer if requested. He was fine with this, and thanked me for telling him.

Later in the month, he went to see FC at school, which is one of the governors. He willingly went to him, sat next to him, and discussed being good and presents and so forth. Right at the end, he gave him a big hug, and said “And well done for passing your course! I hope your certificate is lovely”. To the credit of the gentleman involved, he hugged Sam back and said “Thank you, it is a certificate to be proud of!” As far as I know, the matter hasn’t come up for discussion again, and Sam is a happy lad about the whole FC thing.

Other things people have been told are…

The magic of Santa is in your belief in him, and he’s real for as long as you believe.

Well if you think about it, this is true really isn’t it?

There’s one real Father Christmas who lives in the North Pole, and the others are helpers.

This also helps to explain the method by which the real one gets to everyone in time!

Some children and grown ups choose to believe, and some don’t.

Another lovely one that doesn’t give them game away!

Once the magic is broken, that will be the end of that.

Again, a lovely non-committal response, though mine would follow on with ‘what do you mean exactly?’

The thing to remember is, the magic of Christmas is something that continues long after childhood and into adulthood for many of us. When I was growing up, getting to eight years old was considered ‘late’ in our village, and look at me now.  The spirit of Christmas is made up of so many things, not just magical deliveries on Christmas Eve, though I still want ours to believe for as many of their primary school years as possible!

If you have any other lovely stories or experiences you can share, please pop them in a comment below.  I read every one of them :).

If you would like to subscribe to my Elf Club, and receive my newsletters, special offers, free Guides and discount codes, I’d love to see you there!

To receive our Magical Newsletter

Two FREE Guides in the newsletter: